Burgundy 2016 En Primeur – despite the challenges, a vintage of profound and exhilarating wines

Thermal underwear, tooth protection gel, antacids, a thick note book.  Essentials for any wine trade trip to Burgundy in November.  With these items safely stowed away in my luggage I was fully prepared as I set off for Beaune at the start of November to taste the 2016 Burgundies from barrel. It is always an intense week, and with an itinerary including 18 producers and 215 wines in 4 days this trip was going to be no exception.  It is however, without a doubt the best way to really understand the vintage so one must take it for the team and not complain too much!

[enjoying some stellar wines with Jean-Marc Millot and James Snoxell]

Prior to setting off I had heard a lot about frost decimating yields yet again, of high mildew pressure in the early summer, and drought pressure in the late summer.  A challenging growing season to say the least, but what of the quality of the wines?  At that point not much had been said.

It was thus with an open mind that at 9am I was at our first grower, bright eyed, bushy tailed and ready to start exploring the vintage with my taste buds. Without exception each producer outlined the trials that they were up against.  Freezing conditions and clear skies on the night of 26th April resulted in frost devastating huge swathes of vineyard.  As Gérard Boudot of Domaine Etienne Sauzet gravely said it is the first time in living memory that the great grand crus of Montrachet have been effectively wiped out.  In the Côte de Nuits, Romain Taupenot explained just how extreme the weather conditions had been, with Marsannay experiencing -4 degrees celcius and being severely affected, while Morey-St-Denis only dropped to ‘just’ -0.5 degrees celcius and was thus barely affected.  The yield on his Bourgogne Aligote was an eye wateringly low 4.5hl/ha though thankfully Mazoyères-Chambertin produced a good crop at 38hl/ha.

The frost killed the young buds thereby massively reducing the crop (between 40-95% depending on the vineyard) and retarding growth by up to 6 weeks leaving a very irregular crop.  In May and June humidity was high resulting in significant mildew pressure.  Vignerons were in the vineyards daily trying to mitigate the threat.  Many were forced to forego their organic or biodynamic practices in order to salvage something.  Come July their fortunes began to change as hot dry weather set in allowing the grapes to steadily ripen (albeit at different stages depending on whether it was frost affected or not). By the end of September when harvest was starting, the vines were beginning to show signs of heat stress.

Thanks to these extreme conditions, the bunches that were left on the vine had very small berries and were fantastically concentrated.  For the final phase of ripening, the colder nights of September had set in resulting in an amazing retention of acidity, moderate alcohol levels, beautifully complex aromatics and exceptional terroir transparency.  For Pinot Noir this was an absolutely sensational vintage showing profound and thrilling wines. In the words of the venerable Michel Lafarge it was the most joyful and exuberant vintage he had ever tasted.  For the whites it was more variable, with the best producers crafting exceptionally concentrated, graceful and complex wines while those who struggled made more exotic, weighty wines.

Although 2015 was a spectacular year in Burgundy for red wine showing depth, richness and freshness, for me 2016 has such clear definition and compelling complexity with beautiful filigree tannins elevating the aromatics and personality of each individual site that I found it utterly mesmeric. This is my kinda red vintage; intellectual yet beautiful. I just wish there was more of it. 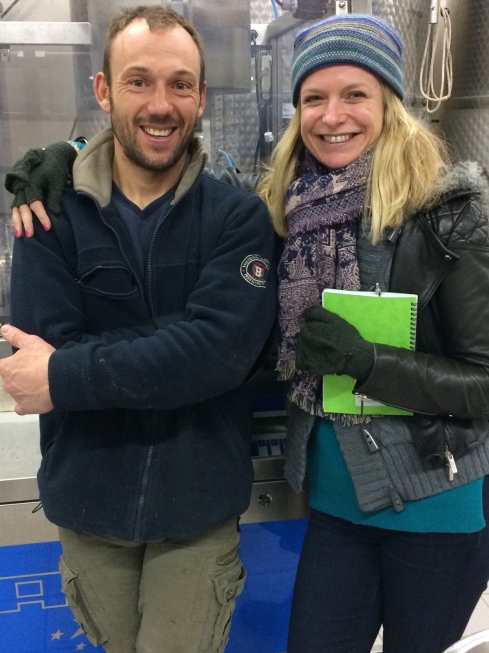 This entry was posted on Friday, December 15th, 2017 at 4:43 pm and posted in Uncategorized. You can follow any responses to this entry through the RSS 2.0 feed.
« A visit to Gusbourne Estate

One response to “Burgundy 2016 En Primeur – despite the challenges, a vintage of profound and exhilarating wines”